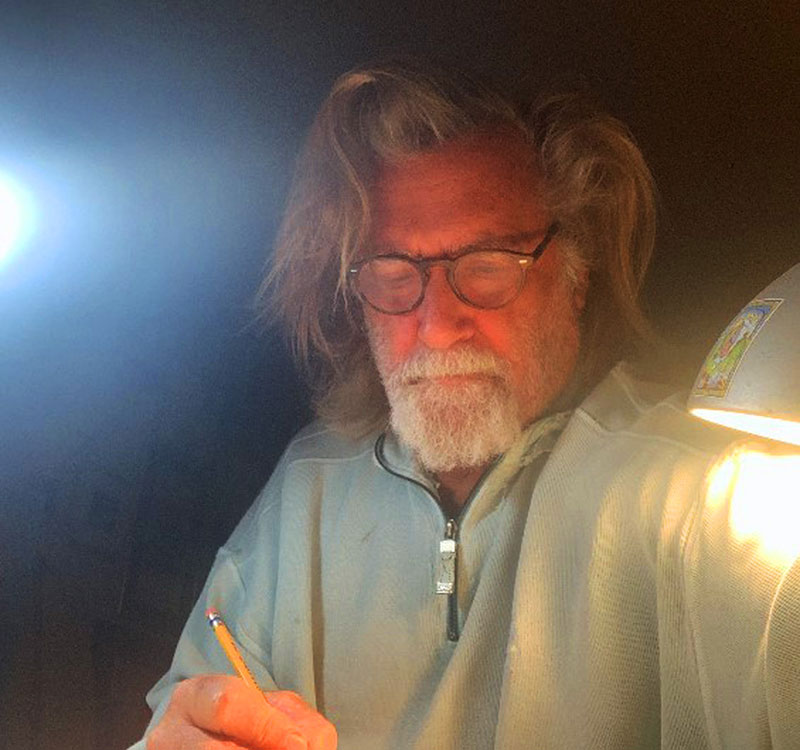 Alan has been creating works of art for well over 40 years and enjoys working in a variety of media and styles.  Alan graduated from Hollywood Art Center in 1982 in Fine Art.

He sells his work in several stores up and down the California coast, as well as online to customers and clients worldwide.

Alan enjoys traveling and gets much of his inspiration and subject matter from around the world, always bringing along his paints, canvas and ukulele.  He also spent years working on a number of animated shows and commercials.

From watercolors, acrylics, pen and inks to pastels and woodcarvings, Alan creates an easy-to-recognize style all his own.  His other interests are surfing, sailing, camping, shooting film both above and below water, playing music and collecting cool old stuff.

Started another Baja board since I decided to keep

Baja board glossed... I think I’m gonna hang on